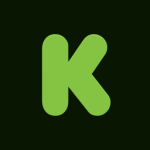 Wow it has finally launched! YES!

Folks, if you’ve been following this blog for a long time, you know about “Project Iceberg”, my little code word for a something I’ve been planning and working on since August 2012 when I wrote my post The Revolution Begins Today.

Essentially I looked around here and wondered what I could do to make this city and country a better place. I don’t have a million dollars so what could I do?

Well I decided to make a film. I took 1,000 Euros of my own money and spent hundreds of hours on the streets of Cluj, recording a documentary about the many homeless people I know here, including one kid in particular named “Ishti” (real name Ștefan or “Steven” in English), whom I’ve known for years and written about a few times here on the blog.

I froze my ass off and waded through garbage and crawled into horrifically dank spaces all so I could film the story of these people. And today I am soooo super excited and happy to announce that I am launching my very first ever KICKSTARTER PROJECT as well as the accompanying website and Facebook page.

What’s it all about? Well I’ll direct you to this post I wrote on the webpage dedicated to this project if you want more details. But essentially what I decided back in August was that biggest problem facing Romania was that there is a huge gulf between the people who are willing and able to help Romania (and Romanians) and being able to know what’s actually going on.

It’s relatively easy to look at statistics and know that Romania is poor. But who are the poorest of the poor here in this country? What is it that they need? What are their daily lives like? Very few people with the money and/or inclination to help Romanians (of any walk in life) speak Romanian and almost no one really knows what’s going on here beyond a few portals and blogs with news.

I’ve known Ishti for years and I speak Romanian and I’m blessed to have the resources to make this documentary, bridging the gulf between the two worlds. I can’t create hundreds of thousands of jobs or provide free education to the people of Romania but I can use my skills and connections to reach the people who can help, the people who write to me on a weekly basis asking me how they can help.

Well I’ve now finished recording this film but it needs assembled and edited and polished and a shitload of subtitles (in several languages) and this is a major undertaking. That’s where the Kickstarter project comes in because you and everyone you know can contribute and give me the opportunity to truly make this film shine.

Then it can be shown and distributed and seen by people who really need to know what’s going on so they can make informed decisions. There are huge political ramifications to being informed, including right now especially in Britain where homeless Gypsies from Romania are having a huge impact on the British government’s plan to lift immigration quotas at the end of 2013.

Want to help me do this? Follow the link and click on the green box that says “Back this Project”. Although Kickstarter is designed primarily for people in America and Britain, anyone from around the world can contribute if they have a credit card.

Even if you cannot contribute financially, click here and then click on the Facebook/Twitter share buttons. The more people who know about this, the more you are helping me and helping (eventually) this country. Instead of hanging our heads and saying that “nothing can be done” to make this a better place to live, let’s show the world that something can be done!

THANK YOU ALL SO MUCH FROM THE BOTTOM OF MY HEART!!