After all the panic over maybe, kinda, sorta Russian “interference” in the upcoming Moldovan elections, you’d think a story like this one would be huge news.

But it wasn’t, of course. Because it didn’t involve Russia. Instead, it involved the West actively interfering in Moldovan elections:

Less than $20,000 in spending for ads on Facebook and Instagram paid for in US dollars, euros and Romanian lei. We have not completed our review of the organic content coming from these accounts.

Wait a minute, Romanian lei being spent to manipulate the Moldovan elections? Isn’t that a prima facie case of interfering? No, I guess not.

Even though it’s literally impossible to buy Facebook ads inside Moldova with Romanian lei without doing so via a Romanian bank.

And you better believe that if this was a case of Russian roubles being spent on fake Facebook accounts in order to manipulate the Moldovan elections, it would be front-page news and “hard proof” that the entire Russian government was involved.

So Funny I Forgot to Laugh

Pages boosting fake news and masquerade fact-checkers, some of the activity "linked to employees of the Moldovan government."

Some of it's pretty hilarious, like this Deadpool photoshop. https://t.co/JUObJd6Uig pic.twitter.com/FMLp4LWNB6

The Atlantic Council thinks it’s all just a huge joke because Russia had nothing to do with this.

But it’s not a joke to the people of Moldova who just want a free and fair election to choose their representatives.

They Dare Not Say His Name

Although the people behind this activity attempted to conceal their identities, our manual review found that some of this activity was linked to employees of the Moldovan government.

Last Friday, the government of Moldova released a statement that basically said, “There are over 200,000 employees of the government, and we don’t monitor what they do on their personal Facebook accounts.” Which is true, I’m sure.

But it doesn’t answer the question. Were these high-ranking government officials or just some low-level staffers sitting in an office in Drochia?

Probably, we’ll never know. But Facebook saying “employees of the Moldovan government” combined with access to Romanian lei accounts (plus euro and US dollar accounts) shows something far more sophisticated (and expensive!) than just some disgruntled peon having a bit of fun on his free time.

Let’s go to the videotape!

Here are some of the screenshots that Facebook posted that were part of the election manipulation scheme: 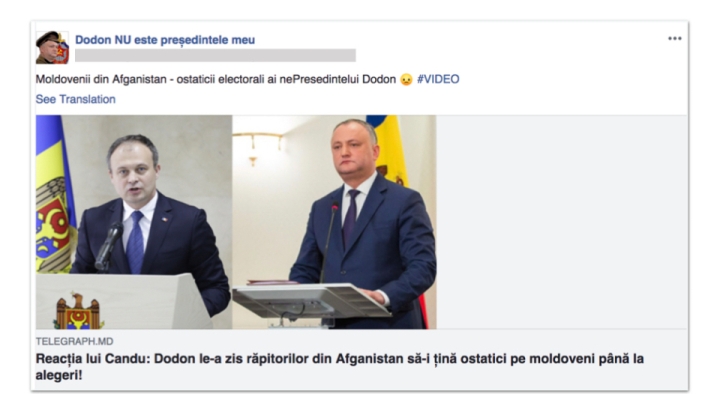 An attack against President Dodon (former head of the Socialist Party), a political rival of Plahotniuc. 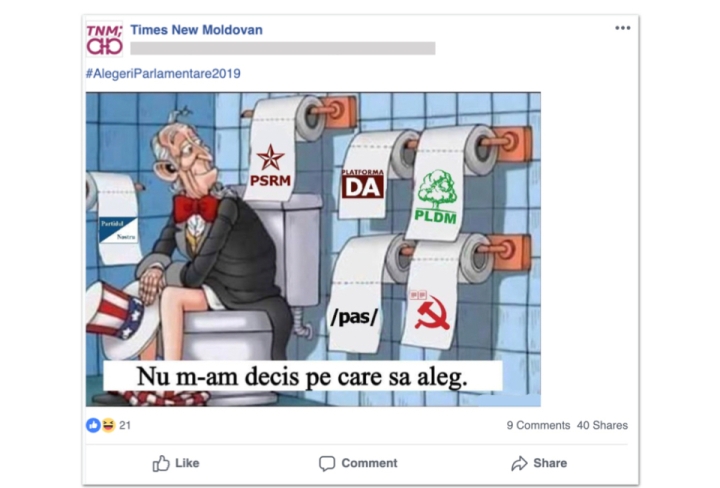 Aside from fringe parties (like the “Anti-Mafia Party”), the only party not targeted here is Plahotniuc’s PDM party. 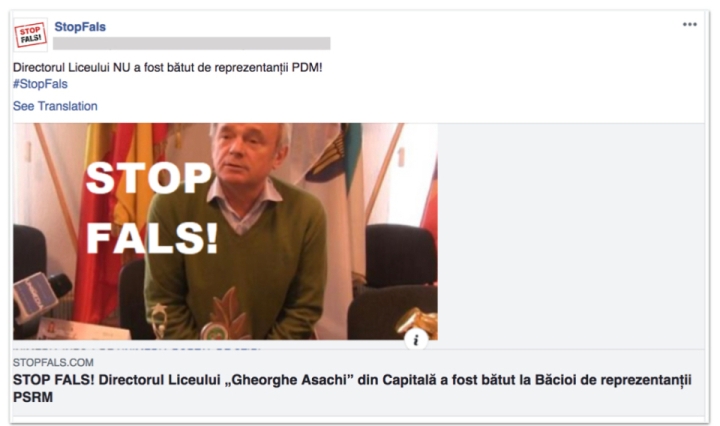 An article which makes the PDM look good. 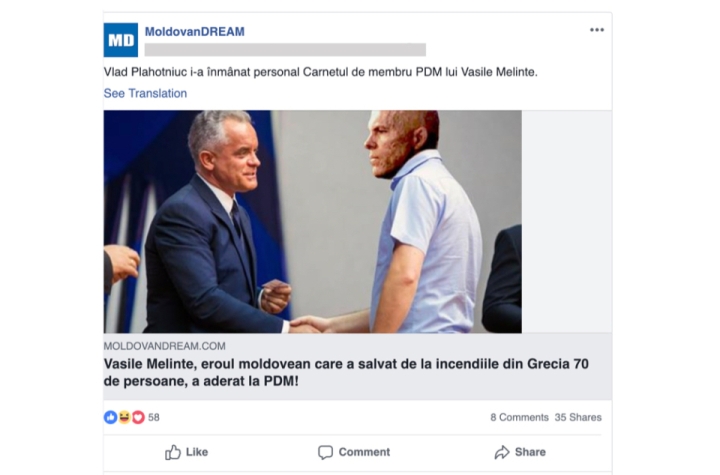 And yet another article that makes PDM look good.

So…. in summary, it looks like all of these fake FB/IG accounts were being used to support Vlad Plahotniuc and his PDM party.

But He’s OUR Oligarch!

You remember Plahotniuc, right? America’s darling (despite Plahotniuc having no official capacity in the Moldovan government). The EU’s secret best friend. And Romania’s bizarre ally. 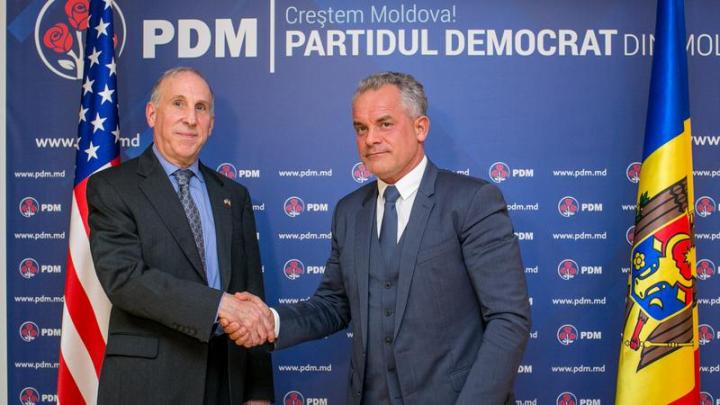 Literally, all signs point to Romania (and possibly the US/EU) interfering and meddling with Moldova’s elections in order to protect their oligarch Plahotniuc, and yet you’ll never, ever hear about this from the mainstream media because it isn’t “fun,” it isn’t “sexy,” and it doesn’t follow the “Russia = bad, USA, EU and Romania = good” narrative that people prefer.

There’s no way to say with any certainty how the upcoming Moldovan elections will turn out. Right now, estimates show several parties getting in, but none with an absolute majority. One thing is for sure though, and that’s that the Socialists will probably come in first with the most seats.

And that is causing people from Washington to London to pull their hair out and moan that “Moldova is lost.” Nothing could be further from the truth. Moldova will do just fine, thank you very much, and if what the Socialists are selling is what the people of Moldova want, then so be it.

But even if you absolutely hate and loathe the Socialist Party’s platform (link in Romanian), they’re just a regular party. They’re not going to impose martial law or something.

I know it’s futile, but I just wish that outside “observers” (to put it charitably) would cover the election fairly, quit trying to use Facebook to make problems, and stay away from the panicky freak-outs if things don’t go “their way.”

Remember, the world is not going to end no matter who is elected in Moldova come February 24!

5 thoughts on “Romania Perfecting Its Elections Interference Toolkit in Moldova”