Awww, isn’t that sweet? The American embassy in Moldova hung a little corny sign written in Comic Sans font to say how much they “love” Moldova.

In fact, they love Moldova so much that they’re sending in the military:

Seventeen generals and admirals and one civilian member of the senior executive service from the Department of Defense are visiting Chisinau from 12 to 16 Feb as part of a regional tour. While in Moldova they will meet with members of the Moldovan government and civil society as well as visit cultural sites.

Of course we’ll never know which members of Pavel “Mr. Midnight” Filip’s government they’ll meet with. I’m curious what they’ll be discussing though.

Nuland reiterated the importance of a speedy implementation of reforms in the Republic of Moldova, in particularly the judicial system, the fight against corruption, the assurance of the supremacy of law, and addressing the issues in the financial-banking sector.

This conversation occurred in Munich when Nuland was telling RM’s “Foreign and European Integration” Minister Andrei Galbur what to do.

Now just imagine if Russia was sending in 17 generals to meet with the Moldovan government AND telling Moldova’s foreign minister how to run the country. In fact, here is what actually happened when the Russian ambassador met Galbur. But yes, somehow it’s all right when America does this shit. Why? Because America always means well. Right? 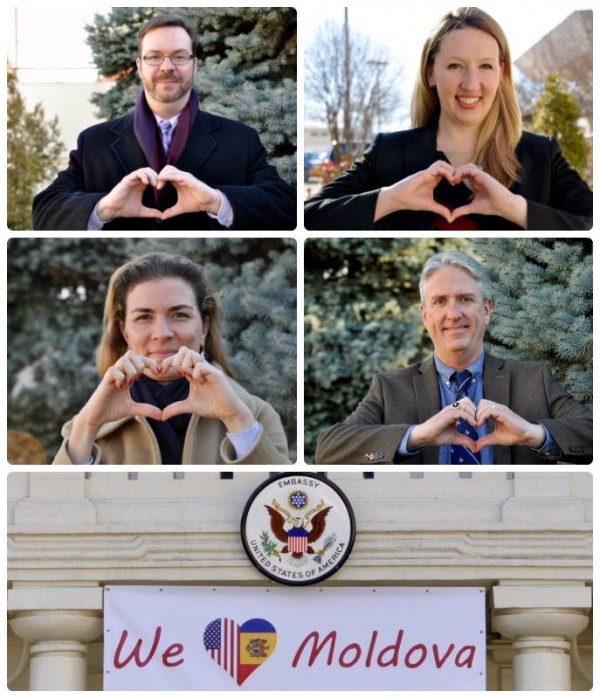 After all, what other country would post cutesy hand hearts on their official embassy Facebook page for a holiday that isn’t even celebrated here? Soooooo cute.