In the ordinary course of things, one minor noble who struggled to hang onto his kingdom in the sparsely populated backwaters of an Eastern European principality in the Late Middle Ages would be familiar only to historians and antiquarians today. A prince who won and lost his throne three times and spent seven long years in the dungeon of his enemy after being humiliated in battle would scarcely qualify as particularly noteworthy or successful in the annals of history.

But thanks to a barbaric, murderous technique that he learned during his childhood captivity and the invention of a brand-new form of social media, his story went “viral” and now this otherwise unremarkable princeling is the most famous killer in history. 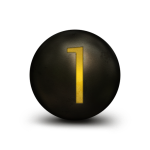 Although the Chinese had first invented the concept of moveable type, the Europeans didn’t get the hang of it until around the end of the Middle Ages, when Johannes Gutenberg perfected the printing press.

His first batch of orders, naturally, were for the Bible, copies of which sell today for millions of dollars. But Bibles were thick volumes, expensive to produce. Gutenberg and his disciples then branched out into producing other tomes of religious material, but soon cast about trying to find something more popular to sell. Printing was faster and easier than writing things out by hand, but it was still an expensive process. 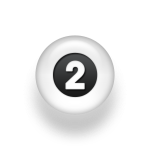 Meanwhile over in the rugged and sparsely-populated principality of Wallachia in Eastern Europe, a petty tyrant in Wallachia came to the throne. Viciously abused in his childhood as a hostage of the Turks, in adulthood Prince Vladislaus, known as just “Vlad” to his friends, was short-tempered and unforgiving.

In his neighboring province of Transylvania, a group of German merchants made the foolish mistake of trying to collect on an outstanding debt. After frequent calls, Vlad finally accepted their invitation to visit their city of Kronstadt (known today as Brasov) to negotiate the terms of repayment. In an apparent effort to mend fences, Vlad invited 300 of the town’s burghers to a sumptuous meal with choice roasts, dancing girls and fine wine.

After making sure that his guests were sated, Vlad rose to his feet and then gave a signal. Vlad’s men rushed into the banquet hall as Vlad began shouting and cursing, condemning the burghers for their greed and avarice.

One at a time, each of the German merchants were then forcibly bent over a table while one of Vlad’s men took a 10-foot (3m) pole, sharpened and fire-hardened at one end, and carefully inserted into the man’s anus. Using a technique learned in his years of Turkish captivity, the sharpened pole would then be “carefully” threaded through the victim’s organs and then up and out of his throat.

The impaled man would then be taken to a spot on the outside of town and placed upright in the ground. If the impalement technique had been done properly, the victim would live for about three days, giving plenty of time for the grieving family and friends to witness Vlad’s grisly punishment. 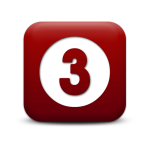 The surviving relatives of the impaled residents of Kronstadt wrote back to their cousins in Germany, telling them of the horrific mass killings in far-off Transylvania.

Word soon got to the Germans who owned printing presses. Remembering that “if it bleeds, it leads”, they quickly whipped up a one-page version of the massacre, a type of publication that came to be known as a broadsheet. Much larger than modern sheets of paper, the broadsheet was a single piece of paper large enough to contain an entire story but was far cheaper to print than a bound book.

Soon, the lurid details of the Wallachian prince’s impalement of the hapless merchants became a bestseller throughout Germany and German-speaking lands, with copies literally flying off the presses.

The graphic story caught the attention of foreign diplomats and traders in Germany and they passed on the story to their homelands as well. Eventually translated into 27 different languages, including Russian, the tale of Vlad’s grisly massacre in Transylvania became the world’s very first best-seller.

Marketed as “based on a true story”, in each retelling the tale got more and more distorted until every child from Madrid to Moscow knew that Vlad was the greatest bogeyman in Europe.

In the other direction, reports of Vlad’s mass-impalement of Turkish soldiers righteously attempting to steal Vlad’s kingdom swept through the Ottoman Empire until all corners of the Muslim world knew of his savagery as well.

Arguably, this made Vlad the first global superstar, (in)famous throughout both the Christian and Muslim world at the end of the Middle Ages. 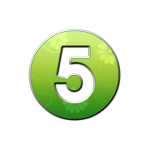 Fast-forward to 1878, when a poor Irish civil servant named Abraham Stoker decided to move to London to pursue his love of theater. After writing a forgettable book about his years as a government clerk, Stoker befriended a writer named Armin Vambery, a recent emigrant to England from Hungary.

Vambery thrilled his new friend with folklore tales from his Hungarian homeland, including the true story of Elizabeth Bathory. The rich and powerful Bathory, known as the “Blood Countess” in her own lifetime, had been convicted in a gruesome trial of murdering over 100 young girls, making her history’s most prolific female serial killer, a record still unbroken after more than 500 years.

Tales of Bathory drinking the blood of her maidenly victims, combined with other legends of the supernatural and the undead, thrilled Stoker, and he began composing a novel that combined these Hungarian myths with the famous legends of Vlad’s massacres in Transylvania. 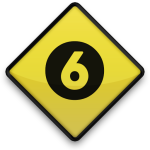 Now calling himself just “Bram” Stoker, the book “Dracula” was published to wide fanfare in 1897.

In real life, the brutal prince Vlad’s father had belonged to a secretive mystical cult of Christian knights known as the “Order of the Dragon”, or “Dracu” in the Latin.

Vlad, now going by his medieval nickname of “Dracula”, became the blood-sucking villain in Stoker’s novel, thrilling readers in Victorian Era Britain with its overt metaphors of eroticism and sexuality.

A generation later, World War 1 concluded with the Treaty of Trianon that awarded the territory of Transylvania to Romania. Although Hungarians had ruled Transylvania for centuries, the majority of the population was ethnic Romanian.

With Transylvania now part of Romania, and because the medieval prince Vlad “Dracula” was an ethnic Romanian, the vampire legend is now conflated by most people with Romania and has lost all connotation with Hungary and Hungarian legends.

At around the same time, a group of copyright thieves decide to set up shop in an minor suburb of Los Angeles. Taking advantage of the inability of east coast governments in New York and New Jersey to enforce the law in distant California, they illegally copied Thomas Edison’s new invention, the movie camera, and began the Hollywood film industry.

Casting around for old stories to “reboot”, the fledgling Hollywood studios produced the movie Nosferatu. All of the names, including that of the creature itself (Nosferatu), had to be changed because the film was an outright theft of Dracula’s central plot and story. 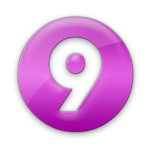 Over in Romania, dictator Nicolae Ceausescu came to power in 1965. After a tour of North Korea in 1971, Ceausescu was inspired to create a cult of personality for himself and thus ordered his minions to write a legendary “back story” for himself.

Digging through historical records, the dictator’s flunkies pulled up the record on Vlad Dracula. By emphasizing his single-minded devotion to impaling and otherwise causing mass bodily harm to Turks and other foreign invaders, Vlad was converted into a modern role model of a righteous leader fighting for political sovereignty. At a time when Ceausescu was keen on emphasizing his independence from both the Soviet Union and the West, Vlad became the perfect symbol of Romanian patriotism.

Other morality tales about Vlad were created out of whole cloth by Ceausescu’s spin doctors, including one about a valuable golden cup that Vlad allegedly left in the town square of his capital Targoviste. Should anyone dare to steal the cup, they would face death and impalement at Vlad’s hands, and of course no one dared, just as no one dared to rise up against Ceausescu until 1989.

At the same time that Vlad Dracula was being held up to Romanian schoolchildren as a shining example of patriotism, Stoker’s book and Hollywood films based on that legend were totally unknown in Romania, the book not being translated and published until after the Revolution in 1989. 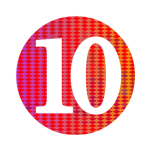 Hollywood then took over the world, followed closely by television and then later video games, until thousands of permutations of the original dracula/vampire myths now exist, ranging from cuddly counting muppets on educational shows to creatures in the Harry Potter universe.

I can certainly attest to the popularity of the vampire mythos and legends, as I once lived with a woman who, at the time, claimed to own every vampire or Dracula movie ever made in the English language. Amongst her 41 different VHS tapes were several “adult” films.

Dracula’s persistent fame continues to distort reality, including in modern-day Romania where a castle that he never once owned or used (in the town of Bran, very close to Brasov, where the infamous massacre occurred) are now touted as being “Dracula’s castle”, drawing millions of visitors a year.

And, because of the global reach of the American media, every year on Halloween the castle hosts a special party for vampire lovers, confusing the hell out of local Romanians who neither celebrate Halloween nor know anything beyond the patriotic legends of their heroic prince.

Modern-day stories ranging from the Twilight series to the tales of JK Rowling now draw upon this rich well of folkloric myths combined with the historical reality of a bloodthirsty Romanian prince.

Clearly, the man, the legend and the story will continue to frighten and horrify generations to come.