On Friday night my windows were rattled in their frames by a series of loud booms. My initial thought was that for some foolish reason the army was firing off their AA batteries and I ran outside on my balcony to scan the sky for tracer fire.

It turned out that the local government was firing off high-grade fireworks in commemoration of the “Little Union”, when the ruling prince of Moldova managed to convince a group of other princes to proclaim him as the ruler of Wallachia on a cold winter’s day in 1859.

What that has to do with Transylvania, other than being a rather pathetic provocation to the Hungarian population, I don’t know. But as the temperature plummeted and the snow began to fall, I couldn’t help but think of the homeless, crowded together in this city’s miserable shelter, and the families in their awful shacks living out at the municipal landfill, and the elderly in their threadbare apartments, and the poor, all trying to stay warm, and wonder why the mayor felt it necessary to blow a few thousand euros on a 15-minute “patriotic” salvo. 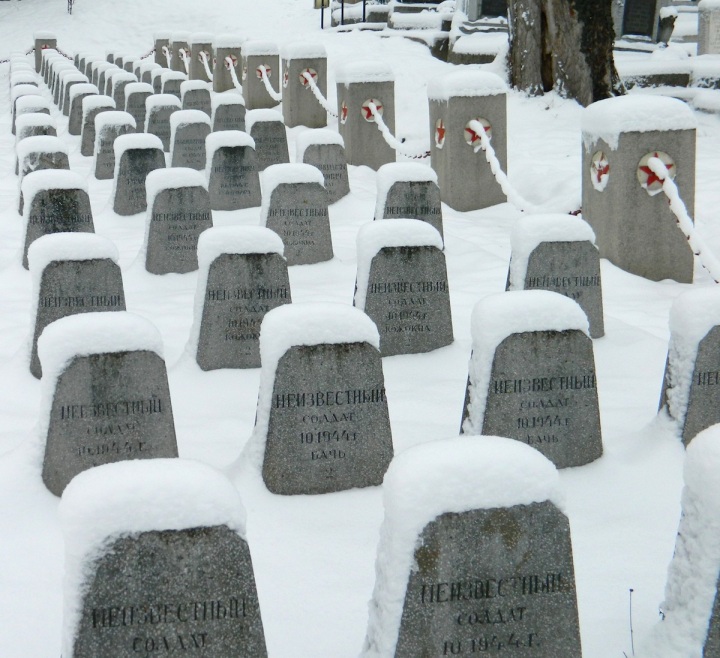 I went out this morning and took the above photo in Cluj’s main cemetery. Although the work crews had diligently managed to clear the paths in the rest of the cemetery, in this remote area it had been left untouched. I stood there in the frozen air for several minutes, loathe to break the pristine snow with my footsteps. And yet I knew that I had to tell this story.

The row upon row of tombstones all bear the same word – неизвестные – Russian for “unknown”, marking the final resting place of soldiers who died in or near Cluj seventy years ago. Abandoned and forgotten, the simple gray markers all bear the inscription “soldier, 1944” because only their occupation and the year of their death are known.

While little Romanian schoolchildren must be diligently learning about the events of the “Little Unification” of 1859, I wonder how many of them know why there is a Soviet graveyard in their city’s cemetery, or who these men were, or why 80,000 of them gave their lives so far away from their homes.

But if today’s children should somehow find their way to this remote corner of the cemetery, they could not even read what was carefully engraved there because the Russian language is no longer taught. It’s not wanted and it’s not welcome anymore, and nobody today wants to think about the forces that brought those men here. There won’t be any fireworks for the men in this part of the cemetery, nor for the Romanian soldiers who fell next to them. 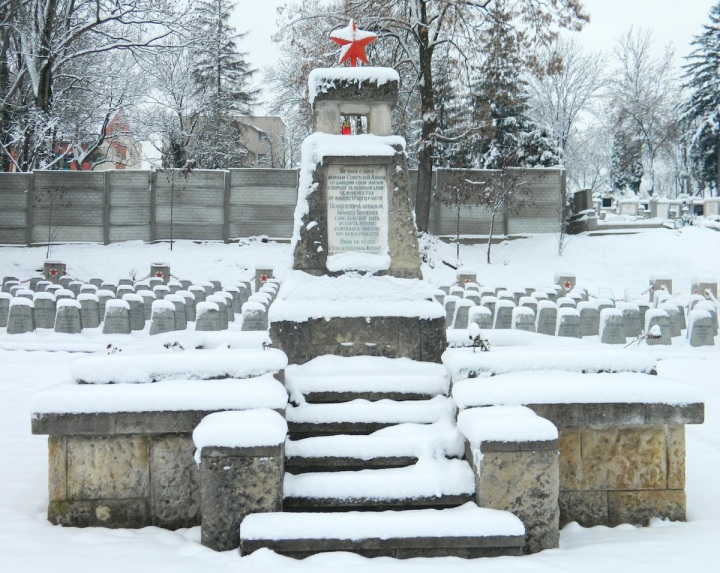 There is not a shred of doubt that there is a strong anti-Russian sentiment in this country and I’ve struggled for a long time to understand why. Certainly there is a long history between Russia and the various regions of Romania but the same can be said about the Germans and the Turks. I’ve spent the past week poring over old documents, parsing Romanian news accounts written in that hideously obtuse Communist style, and even gritting my teeth as I sifted through Ion Pacepa’s dubious “revelations”.

I will write about what I found here soon because I found, to my surprise, that the answers to this question led me to finding the answers to two other questions I’ve had. And so I began to trace it back ever further into the past, until I found that it all began in the shallow waters off the coast of Japan on a brutally hot summer’s day more than 150 years ago.

All the details to come as I write that post and put the pieces together. Until then, may all the dead rest in peace.