One of the advantages of educating yourself is that you follow the trails that others have blazed before you. If you grew up in a forest and never saw a human-made object with a combined total of 180 internal degrees, you’d (rightly) consider yourself a genius if you discovered the existence of a triangle. If you live in a modern society, however, this information is pounded into you at a very early age by insistent pedagogues.

If you’ve been a long-time reader of this site, you know I have a number of hobbies, one of which is studying pareidolia, a Greek term I’d never have coined myself but a quite useful term to describe something that has always interested me.

I do a lot of walking around Unicorn City and have been taking my camera with me because lately I’ve become fascinated by a certain kind of street art which I call “reverse prosopagnosia. You might remember an earlier instance of this discovery in my post The Gas Face (the title of which was an obscure reference to the death of Adam Yauch).

Some more examples of reverse prosopagnosia:

I really like the wide-eyed surprised/shocked expression of this “face”. 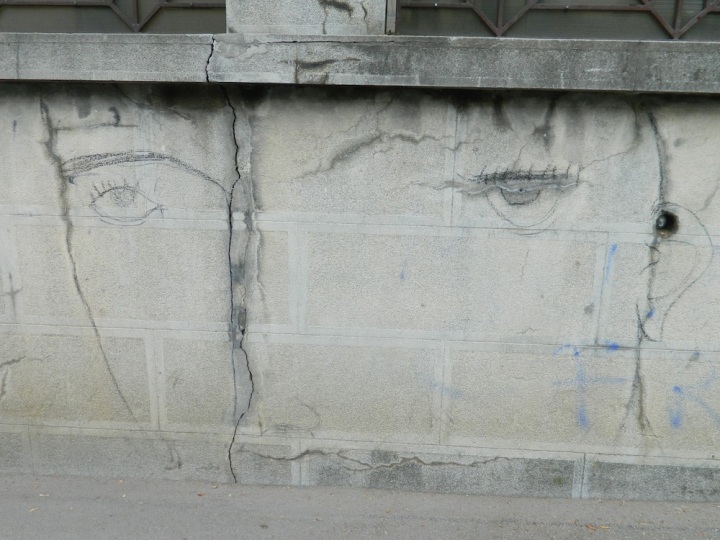 I especially like this one because the artist(s) just took a couple of really unremarkable features on the wall (the stains and the cracks) and then used them to anchor the drawing of the face. 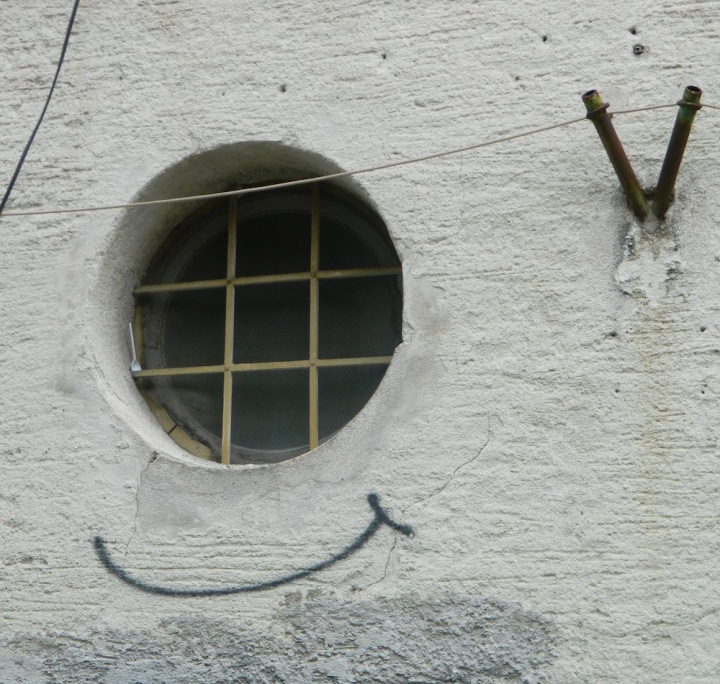 I like this one because it’s not exactly a face is it? But yet it is, only more of like a “bug eyed monster” or alien face. 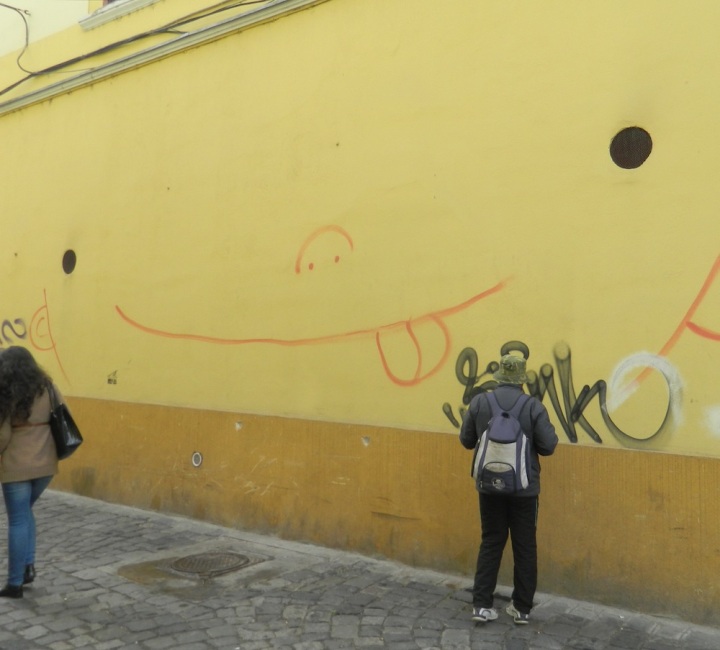 This one is my favorite of the bunch simply because it is enormous. I waited until someone was standing in front of it to take the picture just so you could see the scale of it.

I could write about 15 more paragraphs about just how fascinating it is for me that people took ordinary objects in their environment and artistically converted them into (human-like) faces. Obviously such classic examples as the Virgin Mary sandwich and the Cydonia face and thousands of other examples (including the pre-modern common occurrence of seeing faces in clouds) are strongly human characteristics as we (and dogs interestingly enough) import a lot of meaning from faces and facial expressions.

But since that would be too verbose at the moment, enjoy the pictures! :)

Cool people who read this blog

The King of Romania Podcast

Still more Romanian than you!

An in-depth look at Romania, Moldova, and Transnistria by an American who has lived in the region for more than 15 years.