Three years ago, I started paying close attention to the news media here in Pridnestrovie.

All of is available online, for free, without any hidden gimmicks like required logins, paywalls, or paid subscriptions. And yet it truly seems like no one ever reads it.

I can partially understand that. Because a non-trivial percentage of the news here is positive.

And if all you’ve ever heard is extremely negative things about Pridnestrovie, then the PMR media saying positive things about the country sounds like “fake news” akin to 1984’s Big Brother pronouncements about chocolate rations.

So when you see things like the renovation of a public swimming pool in Bender:

Or the police handing out flowers on March 8:

Or a Martisor concert in the country’s largest indoor arena: 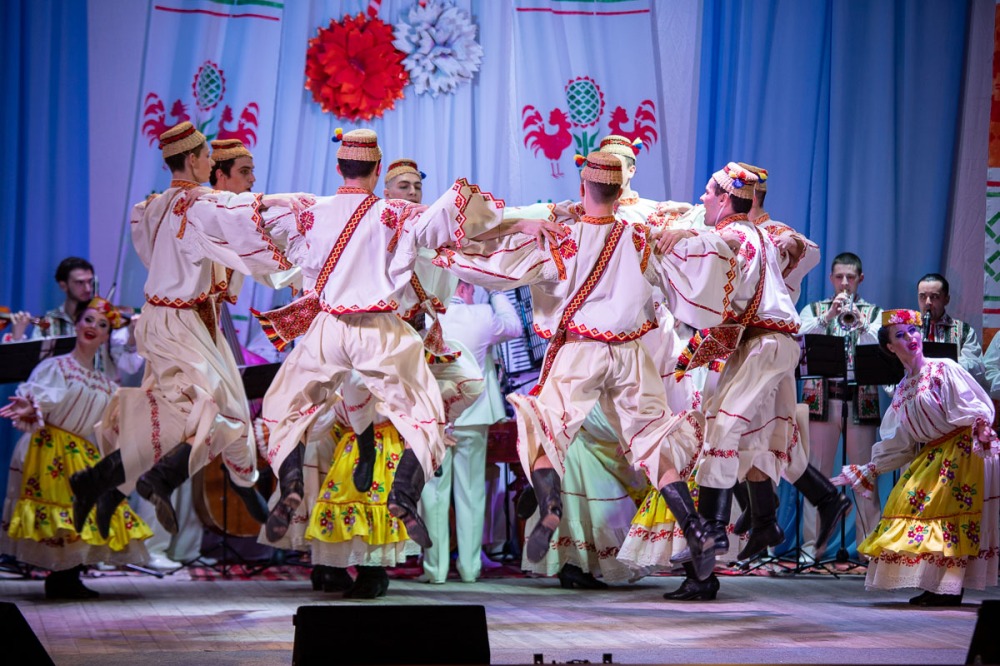 Or female artists (in this case, a dancer) being nominated for “Person of the Year”:

… all in the last two weeks, it can be really hard to process. I mean, is it fake or what?

Well, no, it’s not factually inaccurate. All of the above images are real and come from real events that really took place.

Of course, anyone would balk if the only news coming from the government of PMR was positive. Yet there’s plenty of negative news as well, everything from murders (rare, but they do happen) to car crashes (sadly, way too frequent) to critical reporting about the government both past and present.

I assure you, the news here is quite balanced. But it seems surreal or fictional or “fake” precisely because Romanians are used to something very, very different.

How Would You Describe Yourself?

The Romanian government has an official news agency called Agerpres with news in Romanian, English, and Hungarian.

It is 100% financed and operated by the government, so there’s no need to worry about making a profit, garnering clicks, or kowtowing to advertisers. And yet, as far as I can tell, 99% of the news stories coming out of Agerpres are negative.

Here are just a few examples from today’s front page (all links in Romanian):

A cop in Bucharest ran over and killed a 79-year-old woman.

The only possibly positive news I found was an article saying that a historic building in Arad will be renovated for 12 million using EU funds. Except that when you read it more closely, it just says that the government intends to apply for EU funds to renovate the building.

In other words, it’s far from a certain thing – and even if it does happen, it’ll be years before anyone will see the benefit.

The only regular respite from negative news in Romania is stories from one of three permitted categories:

The last one is the most popular, by far. Agerpress had a story today about how the American actress is Jessica Simpson is “battling” to maintain a healthy weight.

Wow, so interesting and relevant!

Just to make sure that I wasn’t missing anything, I went over to visit Positive News Romania, which, just as you might guess, focuses exclusively on positive news about Romania.

The site has a grand total of three stories published in 2020, and one of them is about a guy (the sculptor Constantin Brancusi) who died in 1957.

The article then goes onto note that Constantin Brancusi only gained recognition when famous Americans started praising his work.

The second article from this year is about a (living) Romanian who got rich in America after famous Americans started praising his work.

Meanwhile, by my count, the major Romanian news media (including Agerpress) publish around 170 stories apiece per day, all of them relentlessly negative except for the three special categories noted above.

I decided to check in on Monitorul de Cluj (🇷🇴) to see if I could find any local positive stories.

What I saw was:

The leader of a teachers’ union recognized herself as a child from a photo taken 60 years ago.

Store-bought ingredients used to make soup have a dangerously unhealthy level of salt.

And a letter from a Cluj MP begging the Central Library to not host a pro-fascist exhibition.

Unfortunately, the headline was horribly misspelled:

The only truly positive story that I could find was that the biggest university in Cluj (Babes-Bolyai) was ranked (in 2019) as one of the top 500 universities in the world for Economics.

Is there truly nothing positive going on in Romania? Are there no other success stories besides Simona Halep winning some tennis games and some Romania coders creating apps?

Do the people in all the thousands of communities across Romania never band together to fix an issue or do something positive?

Of course, there are. But you’ll almost never hear or see these stories.

Which makes me ask… what, exactly, is driving this relentless need to publish only negative news? News that is published by Romanians about Romania?

People loved me quite a lot when I used to say nice things about Romania, especially superficial comments about how the food was tasty, the women were beautiful, and the language is fun to speak (all true).

But as soon as I began taking a more critical eye at what’s happening in Romania, nobody wanted to hear from me.

I guess that’s because Romanians prefer to criticize themselves 24 hours a day, 365 days a year as some kind of weird masochistic impulse born out of learned helplessness, part of Ceausescu’s “Eternal Romania” mythology, a zombie gift that keeps on giving, decades after his death.

You see, the way it’s “supposed to work” in Romania is:

Romania is never ever going to surmount its problems and succeed as a nation unless it starts learning how to appreciate and reward positive achievements, successes, and role models that inspire others to lead a better life… right now, not in some projected future.

Relentless negative self-imagery is a form of psychological disturbance and the very worst kind of propaganda there is – because Romanians are doing it to themselves.