Wow! It’s been a long, wild ride, but here I am, officially a married man in a country that once was trying to kill me, and now I live here and life is beautiful. Who can ever predict how crazy your life will turn out? Not me, that’s for sure :D 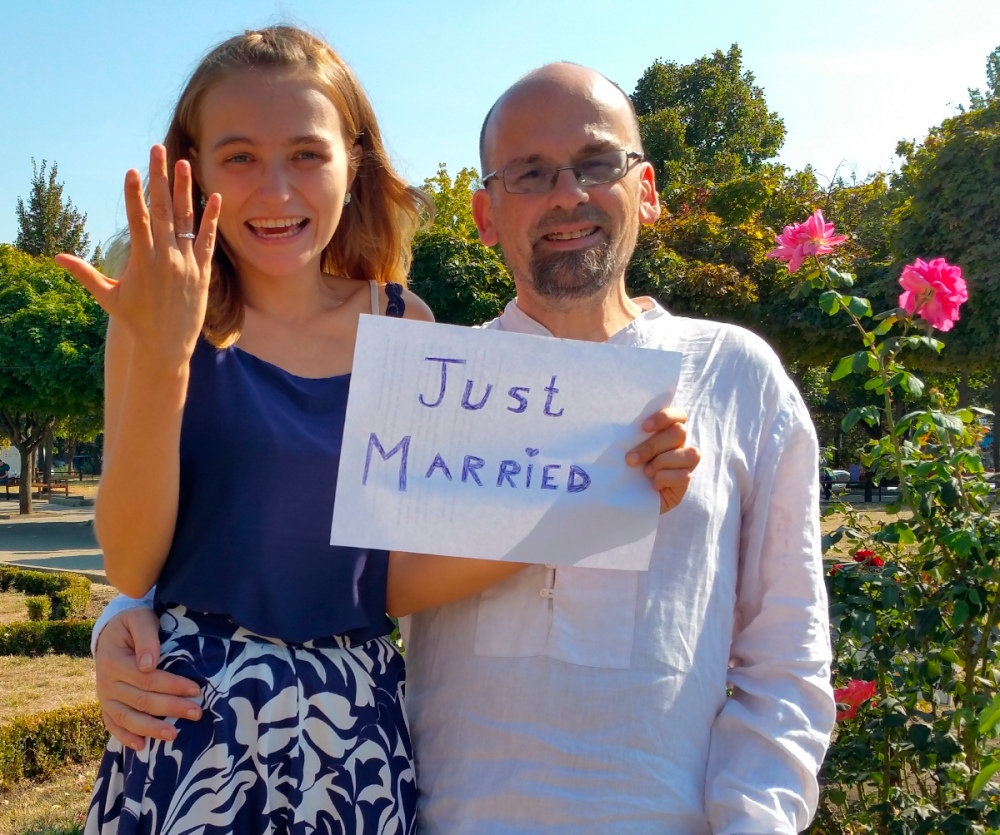 One billion trillion thanks to all of the friends, supporters, fans, well-wishers, and yes, even critics, who have been along for the journey with me. I truly and sincerely could not have done it without you.

And to all the lonely people out there, who maybe wonder when or if it’ll ever happen to you, hang in there. It’s been more than 20 long years that I honestly feared maybe I’d never get married, never find that right partner for me, maybe never be ready myself for something like this, which is both a joy and a HUGE responsibility. But guess what? It took two court cases, an exile, a couple of arrests, a whole bunch of legal shit, 10 years of learning a foreign language, and a million other difficult things for me to get here, but now that I’ve arrived, I can see that all along it was worth it. I didn’t know it before, but I darn sure know it now.

So… for all the supporters and people wishing me and my new wife well, asa sa facem nunta mare norocoasa. And for my critics, well, time to get on your job :D

Enormous love from me to each and every one of you,