If you’re like me then there’s nothing more fun than browsing through lengthy European Union documents on taxation on a Sunday morning. But yes, that’s what I was doing, all because of a report in Gandul (link in Romanian) about how this country’s excise taxes are spent.

In short, Romania collects about 1.5 billion lei (or about 350 million Euros) per year on excise taxes (usually referred to as “vice” or “sin” taxes) on cigarettes and yet spends a grand total of 200 thousand lei (or 48 thousand Euros) on smoking cessation projects.

All of these excise taxes are paid for by smokers but the government healthcare system uses only a tiny fraction of it (just over a tenth of one percent) to directly help smokers quit smoking. The Gandul piece has a lengthy quote from the Health Minister about how the smoking tax money goes towards helping fight cancer and vaccinate the population, etcetera, all of which are noble causes but it just illustrates once again the poor strategies employed by this (and every other Romanian) government.

If we so stipulate that smoking causes early deaths due to a number of factors, including strokes, heart attacks as well as cancer, getting people to quit smoking would logically save a ton of money down the line by preventing the problem before it begins. It’s sort of like those termopane (PVC) windows – they cost a lot of money upfront but over the years they pay for themselves in reduced heating costs.

Therefore allocating money in the budget that’s there because of smokers in order to treat cancer (which statistically has to include numerous cases caused by smoking) is a foolish allocation of money when therapeutic measures to help people quit smoking is much cheaper by far. 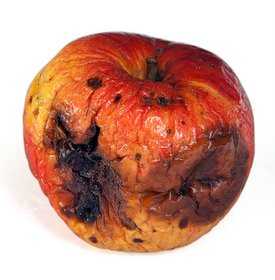 But I mentioned all of this because there is a far bigger problem than Romania’s national healthcare system (which has a nearly infinite number of additional problems), which is this sin (excise) tax in and of itself.

In 2006, Romania greatly raised the price of cigarettes ahead of becoming a full member of the European Union. This morning I began reading a lovely and informative tax report (huge PDF) to find a key piece of information I was looking for, which can be found on page 63:

It must be noted that the minimum excise duty for a package of 20 cigarettes is EUR 2.43.

Roughly speaking, 2.43 Euros is 11 lei. Depending on the brand, the cheapest pack available in stores in Romania is roughly 13 lei and some brands go as high as 15. So 11 lei of that is the excise tax and the other 2 lei or so is the manufacturer’s cost and profit, meaning about 85% of the cost is the taxes.

Referring to this list, it’s clear that Romania ranks close to the bottom (or cheapest) in terms of cigarette prices in comparison to other EU countries, Norway and Ireland being especially expensive and Hungary and Latvia being roughly comparable. Remembering that the EU legal minimum is 2.43 Euros, a pack of cigarettes in any EU country is going to be at least that amount and go up from there.

Why this is such a huge problem for Romania is that three of its neighbors, Ukraine, Serbia and the Republic of Moldova, are not members of the EU and thus have no obligation to adhere to EU minimum pricing and thus they can and do sell cigarettes for a far, far cheaper price.

When you’ve got a durable, lightweight product that is cheaply acquired in one country and then just a few kilometers away there is a land border and across that border there is an enormous demand for these products, large-scale smuggling is going to ensue.

It might be relatively easy to interdict smuggled goods in an island country like Ireland or Malta but there is just no way in hell that a large country like Romania with thousands of kilometers of land borders is going to be able to do it.

So what you’ve got is a gargantuan profit waiting to be made by anyone who can breach the borders. Every year the Romanian Border Police seize millions of packs of smuggled cigarettes but it’s like trying to bail out the ocean with a teaspoon. You might remember that Printesa Ardealului was arrested for cigarette smuggling and I actually know a few (still uncaught) smugglers myself. There are entire border towns in these countries where the “local economy” is based entirely on smuggling.

The net result of all of this criminality is precisely what I mentioned two years ago, that if there is a huge (and artificial) price difference between one country and its neighbors, smuggling is going to ensue and so is bribery and corruption amongst those charged with defending the border. After all, there are few humans on the planet (from any country) who can resist enormous untaxed piles of easy money, all there for anyone who can walk a couple of cartons of cigarettes across an imaginary line on a map.

If you’re an adherent of the broken windows theory, as I am, then you believe that if small acts of criminality go unpunished (like breaking a window or smuggling a couple of cartons of smokes) then this is going to spiral upwards until much larger and widescale criminality is effectively condoned.

This artificial price differential in cigarettes (which is mandatory for EU members) is causing tens of thousands of Romanians to directly or indirectly participate in smuggling (and thus break the law). Whether you’re buying a pack of smuggled cigarettes or bribing a border guard to let you illegally transport cigarettes, you are participating in an act of directly condoning criminal behavior. When you’re a border guard or customs officer and you’re taking these bribes, again it’s reinforcing a mentality that being a government official and committing crimes is okay.

Then add in the sad fact that all of this money being paid in excise taxes (by cigarettes sold lawfully) is not going towards preventing future smoking and it becomes a double tragedy. More smokers mean more future costs on the healthcare system and more demand for smuggled cigarettes, meaning more criminality and lawbreaking.

It’s a hell of a Catch-22 and poor old Romania just doesn’t have the leadership skills to fight its way out of this one. There’s no way in hell this country will ever be able to seal its borders (the USA can’t even do it) and the EU won’t budge on its rules and poorer neighboring countries aren’t going to triple the price of cigarettes to be on par with Romania.

And so rampant criminality is going to inevitably result, with far-reaching effects beyond the issues of border policing and tobacco usage, emboldening criminals and corrupt officials to encourage and profit from far more heinous activities like sex trafficking, narcotics and paying off judges and lawyers.

And the few honest men and women left will just hang their head and wonder why they even bother.

7 thoughts on “Rotten to the Core”