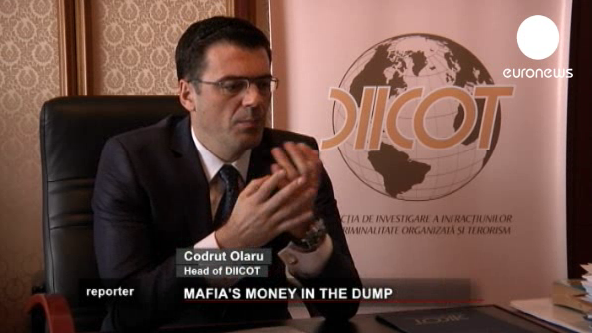 I was researching something else when I came across a Euro News report about Sicilian Mafia money possibly being laundered in Romania (video is in English). As I got to the end, I saw an interview with Codrut Olaru, the head of DIICOT, and took the screencap you see above.

Is that a new logo for DIICOT? I don’t know but it’s certainly the first time I’ve seen it. I checked on their official website and it’s definitely the logo they’re now using. For those of you who don’t know, DIICOT is a tortured acronym in Romanian that stands for “The Organized Crime and Terrorism Investigation Directorate” and is regularly billed as an “elite” law enforcement agency that handles high-profile cases (they also are addicted to using masked officers to do everything).

What’s interesting to me today is the logo itself. Clearly someone, somewhere got paid a lot of money to design that funky logo, the “D” being a reverse “C” to try to make it look cool (I guess) and modern and whatever. It looks more like the logo for a clothing line or some kind of expensive furniture store rather than a police agency, no?

But what really caught my eye was the map behind the logo. Uh, where is Romania on there? It’s barely visible to the upper left of the letter “T”! The center of the map is on the Atlantic Ocean for some reason. Why? It looks more like a map that would be appropriate to NATO or something considering how prominent North and South America are shown. Bizarre. 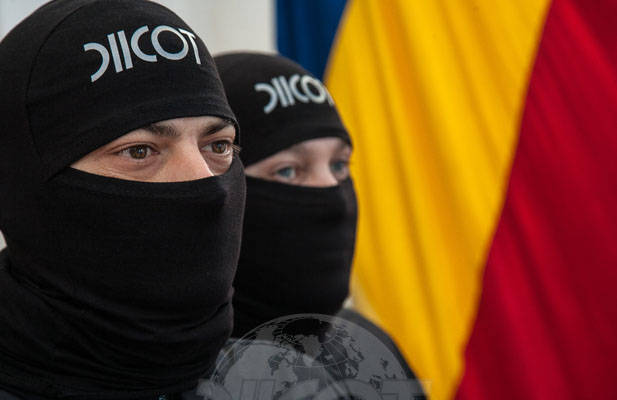 And while the funky DIICOT logo looks relatively okay on top of the map bit, it looks even weirder when it’s stitched onto the hoods of these masked thugs. Now it looks like some Milan fashion house designed these ski masks so that rich people can hit the slopes in the bitter cold and still show off their brand-name gear.

Very strange, all around and I haven’t been able to find a single piece of information about who designed this logo (sigla) and why a so-called “elite” police agency would choose such a thing. Most police agencies around the world go for a more martial look, with lots of pictures of eagles and lightning bolts or rifles crossed and such.

Very weird but then again, hey, this is Romania, where nothing ever is designed to make sense.