I got to tell you that beyond some personal projects (which are going smashingly well and more details on those soon when they’re 100% ready to be revealed) I have been increasingly devoting my time to two subjects: fear and poverty.

The poverty angle I’ll leave for another time but today I will speak about fear, especially after this lengthy report (video and text) from Al-Jazeera (in English). The video does not mention Herta Muller although the text goes into some detail about her (she’s quite prolific on the internet if you want to know more) but she and the other principle figures, Laszlo Tokes and Marius Oprea, are all well-known to me.

The end summation is that former Communists, particularly Securitate (secret police) officers and high-ranking collaborators, run most of this country today, up to and including the political power structure (including even possibly President Basescu). And the Communists were brutal, keeping records on basically everyone, and use their power and documentation even today to keep a grip on power.

Before getting into all of that however, I am reminded of an old post I once wrote called 20 Million Snowdrops. Here lately, completely unconnected with the higher powers that be, I’ve noticed example after example of ordinary Romanians cowering in fear under the demands of others.

I spoke with someone who worked for a private company (a multinational one actually) who was in tremendous fear at work because they are constantly downsizing (firing people) and pressuring the remaining employees to work harder and longer hours, many of them “off the clock” and unpaid. God knows I’ve worked in enough corporate “slave mines” like this myself.

But in this particular case, when this Romanian (branch of the) company does want to get rid of you, instead of firing you properly, which would activate labor law protections in the form of unemployment payments, they instead intimidate you into signing a piece of paper that states that you “voluntarily” resigned. If you don’t sign this paper, the level of harassment increases with unpleasant work assignments and they threaten you with putting (essentially) an unfavorable assessment in your work record to try to discourage any future employers from hiring you.

Speaking with other people here lately, I’ve met several people who been incredibly jittery about even having conversations with me about who owns what property here in Cluj (where I live), warning me not even to film the outside of storefronts, all because of a shadowy “Mafia” who might get angry and exact some sort of revenge (on my “informants” of course because I’m untouchable).

Just the other day I got a message from some poor Romanian soul on Facebook who was worried that if they “friended” me then somehow the Securitate would get wind of this and cause problems for this person. I have no clue if the Securitate can infiltrate Facebook but I really cannot imagine how it would cause anyone the slightest problem just because they know me. I’m on television all the time (and newspapers, etc, etc) and have thousands of “friends” on Facebook and I’m really not a criminal or something. But what’s at issue isn’t necessarily what’s “real” but that this fear is in itself very real.

Mind you, these examples (and many more) are ongoing right now when every single Romanian with 200 lei in their pocket can board a bus and legally travel to and work or study in Hungary or Austria or 20 other EU countries, all of which are far outside the reach of any neo-Securitate officials here in Romania.

So where is all of this fear coming from? Why do so many ordinary people I know constantly live in a state of terror in Romania in 2012 when the borders are open? Why do ordinary Romanians I know do so much unpaid work, get intimidated into signing false resignation papers and succumb to pressure on many levels far, far below anything that might have the slightest link to ex-Securitate officers?

The fact that the Communist regime here in Romania did many evil, awful things is not really in doubt. But I really do think the way forward from this is unclear. Obviously Herta Muller and Marius Oprea (a fascinating Q&A with Oprea in Romanian can be found here) are staunch advocates for certain things but clearly the collective, societal will to change does not exist in Romania. It really doesn’t.

I mean it’s a well-established and simple fact that the current Prime Minister of Romania is a raging plagiarist. So why is he still in the position? Why aren’t thousands of people agitating for his resignation? Why does it seem like his political coalition still has the best chance to retain control over the parliament in the upcoming elections on December 9? It’s an open and shut “case” wherein the documents are online and his own university that granted him his degree officially declared he plagiarized. So why is he still around?

If (virtually) no one has the guts to get rid of an obvious fraud in a case as clear as this, where can we find the collective will to get rid of high-ranking members of power with shadowy pasts? I don’t think it can be done. If the “average” Romanian on the street is afraid to resist their own (multinational!) employer, afraid to film a corner shop while standing on a public sidewalk and afraid to Facebook an innocent person who is guilty of nothing (me) then how in the world are people going to resist a network of former secret police officers and torturers? They’re not, obviously.

And the list of examples of fear in ordinary life goes on and on. I’ve had journalists fearfully beg me to please not mention certain subjects on the air. I know students who are afraid of their professors. I know bloggers who become afraid and anxious every time the slightest bit of criticism occurs. I know untold legions of Picayune Rule Enforcers whose actions are always motivated by fear. I know numerous people completely paralyzed with fear of driving in this country when in many other places (as I know firsthand quite well from experience) it’s far more chaotic and dangerous. I know people who are afraid of curses and pay money to “make them go away”. I know people who are afraid of being physically assaulted by uniformed police officers. I’ve already documented extensively the cowardly tourism director of this city who lives in fear of little old me! And the list goes on and on.

This culture of fear really has to stop. I realize that there are people who have incredible power and control over others and that the intimidation is very real. I am not denying that. But this collective “snowdrop” mentality (in Romanian celebrated! by the Miorita poem) has got to come to an end. It simple has to.

And I realize I have a unique role to play in all of this. The first, obviously, is because I am American and therefore immune to many things. God knows if I were ever arrested (although I can’t imagine it would be for anything truly legitimate) my citizenship would make it a big affair and therefore my passport shields me from a lot of petty harassment. Likewise none of my family live here so it’s not as if my elderly grandma (who is dead anyway, but you know what I mean) can be harassed when someone is pissed off at me.

But the second is because I’ve been a “troublemaker” all my life, including in America where my citizenship and English skills meant nothing out of the ordinary. Hell, I was fired three times from the same job, all of them for stupid and trumped up reasons by people who hated me (probably for good reason hehe) and then “un-fired” when someone higher up realized I wasn’t going to go gently into the good night. I’ve been yelled at and screamed at by different employers, one of which even threatened to throw me in jail, and every single time I told them to fuck off.

I wasn’t born rich. I needed a good job and good references the same as anyone would. You already know I didn’t have a degree documenting formal education so believe me, I was always quite vulnerable. But I’ve tangled with lots of people, including when my livelihood and income was on the line, and every single time I did it was because I was speaking the honest truth. Every. Single. Time.

When something was wrong, I didn’t sit there and say or do nothing but instead caused “trouble” and you damn right it made some people angry. But I truly believe in my heart, even when no cameras are filming me, when no blogs are there to witness my life, when it’s just me and my persecutors and perhaps a supernatural higher power, that it’s always better to die for what’s right than to live for what’s wrong.

Does this make me a radical? Yes of course. But unlike a true terrorist, I have no interest in physically harming or killing anyone to defend what I believe is right. Unlike say Herta Muller or Marius Oprea I also have very little interest in seeing people put in jail (it’d be nice if they were, but that’s not MY mission). No. I believe that the rampant criminality and “mafia” style corruption that is utterly gutting this country on every imaginable level, physically, spiritually, morally and ethically, ultimately stems from this fear.

When you are made to be fearful, you are conquered and the person or thing which made you afraid now has complete domination over you. And everything else stems from that.

Well I got bad news for those in power – I am not afraid. Maybe I was born that way or maybe after being screamed at, threatened, harassed, punished, fined, fired, defrauded, lied to, robbed, burglarized, illegally arrested, handcuffed, thrown in the back of police cars, shot at, stabbed, poisoned, electrocuted, drowned and run over by a truck I just stopped being afraid anymore. So anyone gunning for me better get on their job because I am greu de ucis and I ain’t sat down yet, motherfucker :)

This country is too beautiful with too many good people to sit by and do nothing. Once these next two projects are batut in cuie then I’m going to step it up a notch. It’s been fun chasing after tourism directors and criminal mayors and all of that but I really do think it’s time so misbehave some more. After all, why else did I bother to learn the language?

Just so it’s crystal clear, not just today but in the months and years to come for people looking back at this, I’m not a journalist. I’m not doing this for money or for notoriety. I’m doing it because I know a secret, one that works on the very smallest level all the way up to the very biggest level: when others see you are unafraid, they lose their fear as well. And while a handful will oppose you, almost everyone else will support you.

And when you’re not afraid and isolated by your fears anymore, very many beautiful things become possible. 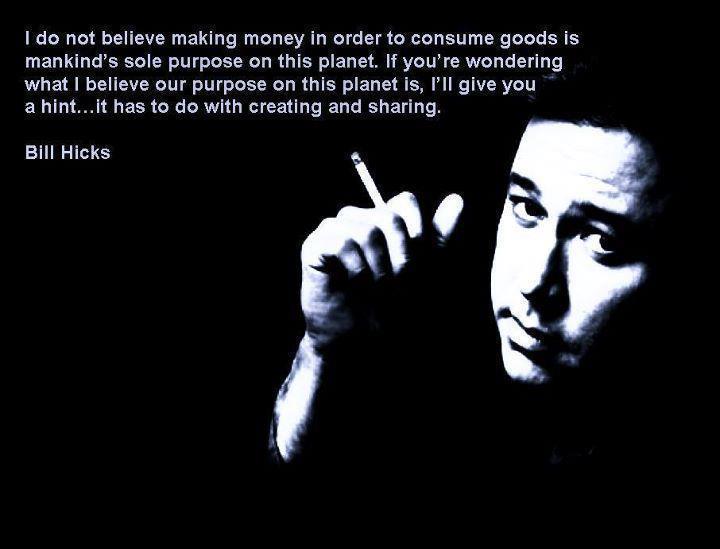 25 thoughts on “Fear Itself”