Chişinău has a lot of opportunities for people with my perversion. Of the abandoned buildings I visited, only one—the circus—was inaccessible, largely because there were aggressive stray dogs roaming and snarling around the perimeter. The others were fairly easy to enter and well worth it. 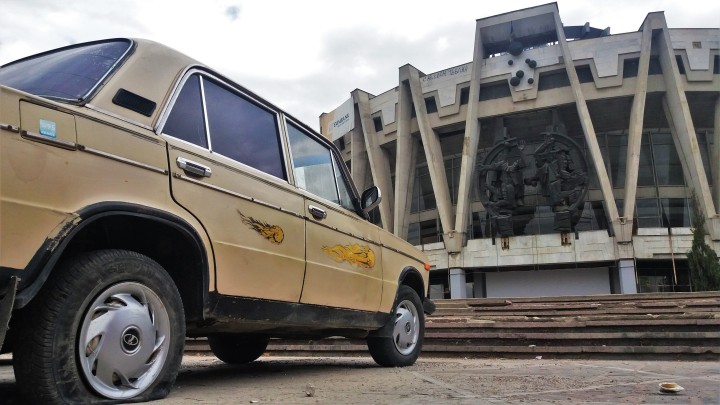 The synagogue within the Jewish necropolis was unlike anything I’d seen before. I’d never been inside any synagogue, let alone one with beautiful arches and giant metal doors. I’d say this was the highlight of all the derelicts I saw in the city, but there was so much more. 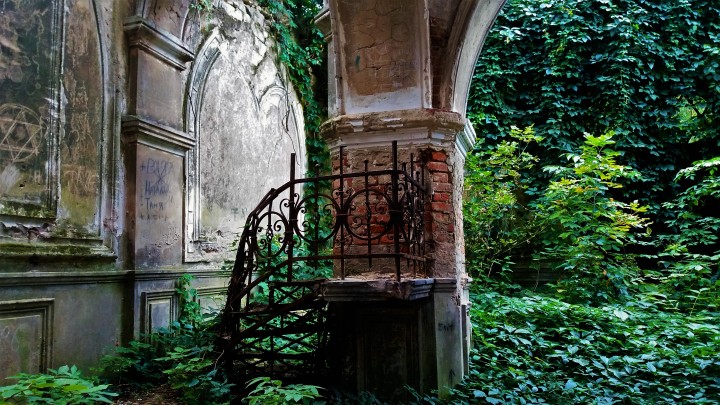 On the way to an unfinished monstrosity just south of the city, which had been recommended to me by a friend, I passed by a far more interesting monstrosity right on the main drag. I’d come back for that one later the same day. But first, there was the concrete husk between the city and the airport.

The grand finale that I’d caught sight of was, of course, the National Hotel. Getting in was less risky than it looked. There were lots of people around but they all had better things to do than confront a tourist with a stunted sense of boundaries.

On the rooftop there was a teenage couple making out and enjoying one of the best panoramas of the city. I tried to give them privacy for a while but eventually I had to interrupt them and let them know that I’d come to take photos in peace. They didn’t seem to give two shits.

On one of the lower floors I came across a blanket and some pieces of sliced bread. I walked closer to take a photo but then the blanket, which looked impossibly flat for anyone to be hiding under it, lifted and a child sat up. It was an awful moment. The kid’s expression was somewhere between fear and misery. After apologizing and assuring him I meant no trouble, I left with mixed feelings.

It’s definitely a hobby unlike any other.