I knew it wouldn’t take long for me to catch Romanian journalists in a blatant act of thievery, their favorite way to produce content for their television news channels.

Below is the correct way to credit a YouTube video on a news broadcast. Screenshot is from Kanal 5 in Ukraine:

Not only is the source of the video correctly labeled as “YouTube” but there is also credit given to the uploader, whom we must remember, retains their rights over the video even when it’s on YouTube.

A quick YouTube search found the original video, a screen shot of which is below:

The text underneath is in Ukrainian, which makes sense as the television channel (Kanal 5) identified the video as taking place in Odessa Oblast. While he’s only posted the one video, he’s been active on YouTube for a while and seems fairly media savvy. I’m sure he’s heard that his video got some play on Kanal 5, possibly earning him some income, if not some celebrity for his dangerous car stunt in the “style of Jean-Claude Van Damme”.

Certainly he hasn’t posted any complaints about Kanal 5 using a clip of his video for their news broadcast.

Meanwhile here is how Romanian producers do it, the screenshot below from B1TV: 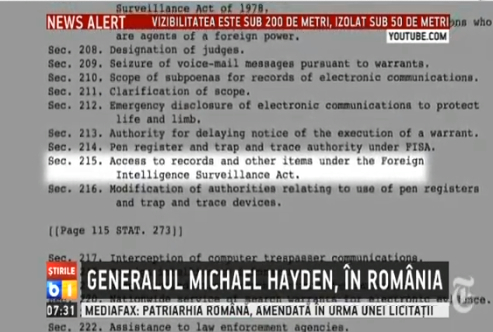 Yes they state that the video is from YouTube yet they fail to identify the original uploader. We’re lucky in this case because there’s a grayish-white gothic letter “T” in the bottom right-hand corner. Anyone familiar with the British media will instantly recognize this as the logo of the Telegraph.

This isn’t Joe Local’s homemade video posted on YouTube but a piece of video uploaded by a major media organization. It turns out they also give a shit about their intellectual property, to wit:

Q: Is there a charge to reproduce Telegraph content?

A: In nearly all circumstances, a fee is applicable.

A: Please email Syndication for permission. Please include details of how and where you intend to reproduce our logo/masthead.

Anyone want to take a bet as to whether B1TV paid for and required the rights to use the Telegraph’s property?

I should add here that all the Romanian channels do this, not just B1TV, and they all do it in just as flagrant a manner. The cocksuckers who operate the Antena Grup are just as guilty, as you can see below: 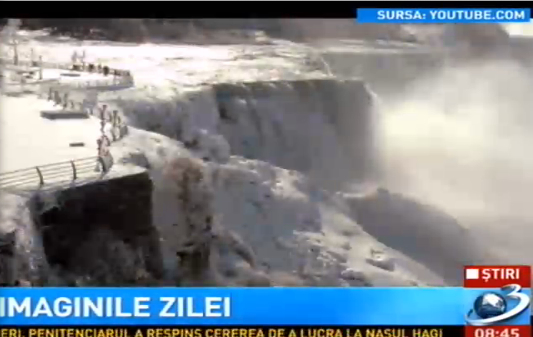 Instead of acquiring the news video of Niagara Falls freezing over from legal and low-cost wire services, they just stole it from YouTube for free. Meanwhile the Antenagrup spends their time destroying and damaging people’s non-commercial YouTube accounts (not just mine) for daring to use tiny clips of Antenagrup’s material even with proper attribution.

“Mysteriously” though, all the Romanian channels use proper attribution when using video or images from other Romanian media companies because they known darn well they’ll sic the CNA on their ass in two seconds if they don’t.