Well I had an especially terrible week, suffering from an absolutely vicious summer cold as well as other tough things going on, so it was absolutely a wonderful treat to wake up this morning and see this hilarious news:

A Romanian princess and her husband, a former sheriff’s deputy, are apparently among several people federal agents arrested in Eastern Oregon on Thursday in connection with an alleged cockfighting ring.

Indictments unsealed in U.S. District Court in Portland charge Irina Walker, 60, and her husband John Wesley Walker, 67, with hosting cockfighting derbies and illegal gambling at their ranch outside the small Morrow County town of Irrigon.

This is priceless on at least three funny levels:

1 – First is that this just goes to show you what dumbasses some royal people are, which is why there is no need for them. Some are good, yes, and some are idiots who arrange cockfights, hmm, which just proves that they’re the same mix as anyone else.

I’ve met some Romanian “royalists” over the years, who really believe in this monarchy bullcrap and it’s a little astounding.

First of all, this royal “family” that we’re speaking of, Irina and her father King Mihai (Michael) and all the rest are all unequivocally German. There’s nothing Romanian about them whatsoever.

I wrote a whole article about how they got started here in this country: essentially the last real Romanian prince (A.I. Cuza) pissed off too many rich Romanians so they basically imported a fresh king from Germany.

And out of this family, of which there were just four rulers, two of them were horrific idiots. Both of the bad kings were named Carol, the first one a vicious racist who bankrupted the country to build a masturbatory pleasure dome in Sinaia and then later used his army to crush starving peasants. The second Carol was a vicious anti-semite who fucked over his wife with a Jewish woman, seized dictatorial power and then dicked his own son (the still living King Michael/Mihai) off of the throne, only to turn around and lose it to the fascist moron Antonescu.

The one good king, Ferdinand, got his ass (and capital) saved by a Russian general and the last and fourth king is Michael/Mihai, who was a kid when his dad threw him under the bus and then he got pushed around by both the Nazis and the Soviets and then bugged out of town for the last 70 years so he could get back to German-speaking lands in Switzerland.

This is the “noble” guy whose squat and turnip faced youngest daughter, a “precious” royal, that just got arrested alongside her troglodyte ex-cop of a husband for allowing a bunch of dirty Mexicans to make two chickens fight each other to the death on their shitty little farm.

Way to go, Your Majesty!

2 – The second hilarious part is the deadpan attitude of Amanda Marshall in a later paragraph from the same article:

“Cockfighting is illegal under federal law and under the laws of all 50 states,” Amanda Marshall, U.S. attorney for Oregon, said in a statement. “Besides being a barbaric practice, cockfighting jeopardizes public health and safety and facilitates the commission of other criminal acts.”

Do you love it?

First of all, as you (probably) know, I’m a vegetarian so of course I think cockfighting is pretty sick. I certainly don’t condone it. What makes this hilarious is the righteous indignation by U.S. Attorney Marshall that only cockfighting is “barbaric” and “jeopardizes public health”.

You know what else is barbaric and jeopardizes public health but is completely legal? The way poultry (aka chickens for eating) are “raised” in enormous barns, where over 100,000 of them are jammed into windowless, airless structures, their beaks cut off (so they don’t peck each other to death) and where they are laced daily with antibiotics just to keep them from succumbing to rampant and persistent plagues of illnesses that arise in the overcrowded conditions which later get thousands of people sick and occasionally kills a few of them with salmonella.

Yep! That’s all fine and not barbaric at all. Sad to say that two chickens fighting each other to death in a “fair fight” is actually a better life than the poor motherfuckers who are grown to be deep fried and then shoved down the throats of an increasingly obese population.

So Princess Irina, have you figured out how to spell irony yet?

3 – The third hilarious aspect of this article is that Irina and her husband are being blasted all over the newsfeeds (and Twitter, etc) for being arrested for cockfighting and it isn’t even true.

The Walkers and four other people from Irrigon and Hermiston were to be arraigned in federal court in Portland on Friday on charges of operating an illegal gambling business. No lawyer for the Walkers or other defendants was listed as yet in court records.

Twelve others from Oregon and Washington face lesser charges of conspiracy to violate the Animal Welfare Act through illegal animal fighting. They are to be arraigned in Portland and Yakima, Wash.

Makes total sense! Irina is at least Romanian enough to only be concerned about the money. Who cares how she gets it? Let those dirty Mexicans arrange their barbaric fighting or do anything else at our ranch, just show us the money! mwahahaha.

Did you know that….

Irina is third in line in succession to the Romanian throne? If her father and two older siblings die, she’s the nominal queen of a country she’s been to five times in her life and where she has no legal power whatsoever!

Did you know that…

Irina is 89th in line for succession to the British throne? Yep! If the Queen, Prince Charles, the son, the newborn kid George, a bunch of other older ladies, a couple of people named Chatto, a duke or two or three, a bunch of Taylors and Ogilvies, someone named Zenouska Mowatt, a few Norwegians and Germans with super long names, plus a handful of Yugoslavians (you really can’t make this shit up) all die in some freak accident then sweet Irina will become the beloved ruler of all of the British Empire. 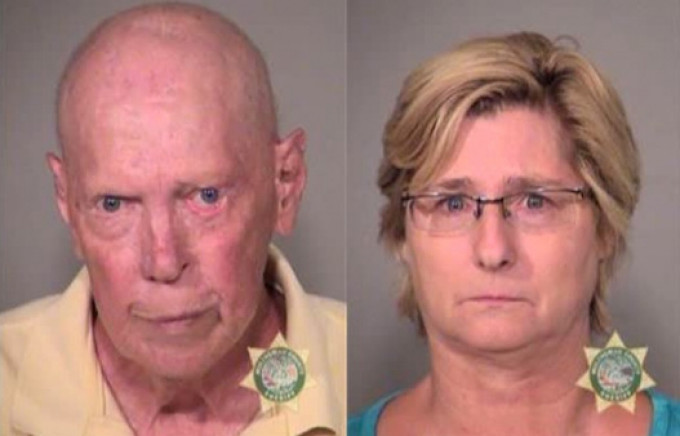 God save the Queen!