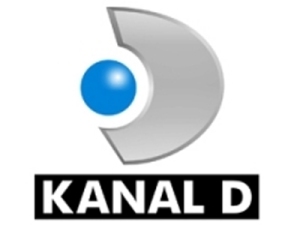 Well if you’re in Romania and have a desire to see me yet again on the television, you can tune in tonight to Kanal D‘s 1900 news broadcast and see a little segment on Yours Truly. It doesn’t look like there’s any live feed over the internet so if you’re unable to see it tonight on TV you’ll just have to wait for the video to appear on the website.

On the surface, there’s not much of anything new – it’s pretty much the same old “wow golly an American moved here voluntarily and actually likes this country.” I even re-enacted my famous “shaky bread” story from last year’s ProTV piece. But at minimum, I know that yet another small segment of the Romanian population will see me, hear my message and perhaps get a tiny bit more optimistic that their country can be a great place for everyone, not just us “lucky” foreigners.

I’ve done so many of these pieces now that I’m practically an old hand. I get the call, we arrange a meet shortly thereafter, we speak spontaneously about predictable topics and there’s never any preparation, rehearsal or anything else. The cameraman does the same old shots, walking backwards to show us “just chatting naturally”, does a shot where I’m ambling around apparently lost in thought and the whole thing is fairly formulaic.

But I realized there’s also something else going on, far beyond whatever edited version appears on television. From the initial meeting through the formal interview and whatever B shots we film, there’s always a rather long period of time where I’m essentially “hanging out” with the entire crew. Because we’re filming in Romanian language we usually end up speaking only in Romanian (although they all speak English just fine). And the official, recorded bits, even before the editor does his job, are only a small portion of the overall conversations that take place.

I consider the totality of these conversations to be of equal importance to whatever ends up getting broadcast because here, perhaps for the first time, is a chance for 2 or 3 people to have a lengthy conversation, in their own language, with someone like me who thinks so differently and is able to convey that in words and attitude, and perhaps open some minds. It’s a chance to have an open and frank dialogue not just on what’s happening in the news (to which these people by profession are quite aware of) but of life in general in Romania – salaries, families, careers, what it means to be a citizen, the future, etcetera.

And it is these people, the journalists and camera crews and producers, who are the ones who go out every day and in their own way shape all of our lives with the questions they ask on air, with the interviews they conduct, with the news they choose to put on their programs. And I can’t help but think that it’s been a net good thing to have such open and honest dialogues with these gatekeepers of the public image of Romania.

Sometimes it has very measurable effects. Yesterday one member of the crew told me they had never been to Brasov despite the fact that it’s just a few hours away from us here in Unicorn City. Never been to one of the most beautiful cities in her own country? It seems inconceivable. But after telling her stories about it and showing her some footage I had shot there last year, I think she might actually go soon. After all, no visa is necessary and as I wrote in my book, it’s a place that everyone should visit.

How many Romanians have not seen wonderful parts of their own country? The answer is far too many. And so if my story, talking as the foreigner from the “high status” country, extolling the virtues of these wonderful places, can inspire a single person to explore their own land, their own culture, their own heritage, I think that’s worth it. I truly do. If I could wave a magic wand and become the Minister of Education for a day I would make the “field trip” mandatory, making it an obligatory part of every Romanian teenager’s schooling to take a trip to another part of their own country. Sometimes I truly feel that London and Stuttgart are far closer to Cluj-Napoca than Suceava or Sarmizegetusa.

It’s a weird feeling being me sometimes, being drafted somehow into some kind of promoter, not so much to foreigners about Romania (99% of them love this place) but as a kind of inverse domestic ambassador, welcoming Romanians to their own country and promoting it to them.

Honestly it’d be far easier to sell group tours to a beach town in Turkey than it is to “sell” Romanians on the idea that this country is and can be a wonderful place to live. If the American government offered free flights, no visas necessary and guaranteed jobs in the United States, Romania would be empty within a week. There’s be nobody left here but us foreigners, the Szekelers and a handful of maramureseni.

And so my strange life continues on its strange journey, where a foreigner who learned the language is enough of a curious thing that he can appear on television over and over again to be the novelty story of the day. If you catch the broadcast tonight, I hope you like what you see. I expect the video will be on their website (and a link to it from here) in a day or so.

The King of Romania Podcast

Still more Romanian than you!

An in-depth look at Romania, Moldova, and Transnistria by an American who has lived in the region for more than 15 years.

Cool people who read this blog