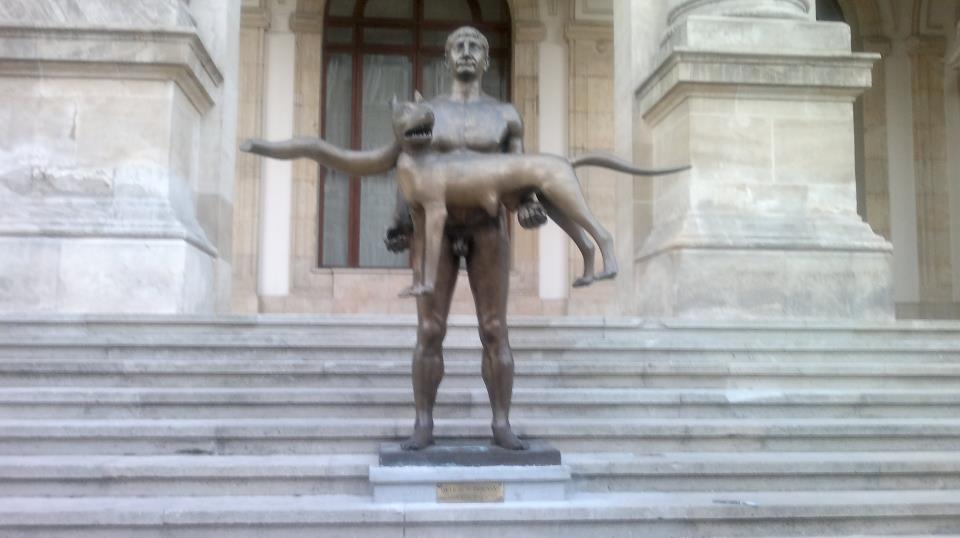 One of the strange and serendipitous things about my life is how it’s been linked to the Roman Emperor Marcus Ulpius Nerva Traianus, known in English as “Trajan”, Spanish as “Trajano”, Italian as “Traiano” and Romanian as “Traian”.

Years ago I went to see Trajan’s Column, created specifically to commemorate “his” victory over the Dacians, one of the most famous landmarks in Rome today. Later I lived in Spain in the same city where Trajan was born. And now of course I live in Romania, the only country that I’m aware of that is proud to be named (and partly modeled) after foreign people who invaded and conquered their land.

Last week Sorin Oprescu, the supreme mayor of Bucharest, officially unveiled a “new” statue of this emperor in front of the National History Museum. Ever since then, it has been creating a lot of controversy and has been the butt of several jokes. Even the BBC got in on the fun, talking about how odd it is that 1) the emperor is naked 2) the dog (actually supposed to be a wolf) is floating and not being held in the man’s arms and 3) why the “dog” is wearing a “scarf” (it’s meant to be the Dacian flag). 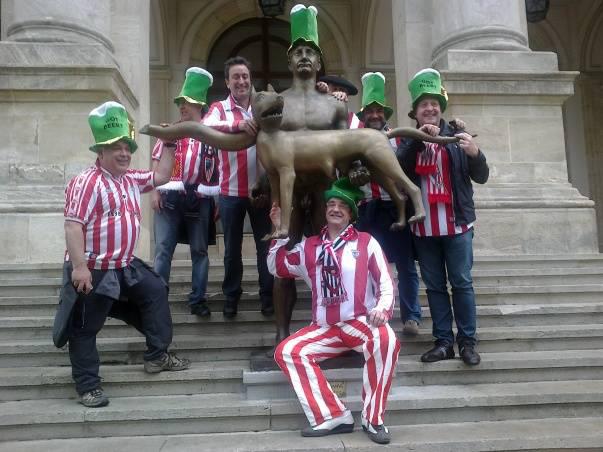 As you know, several thousand Spanish sports fans were in town and they took took an opportunity to play with the statue. 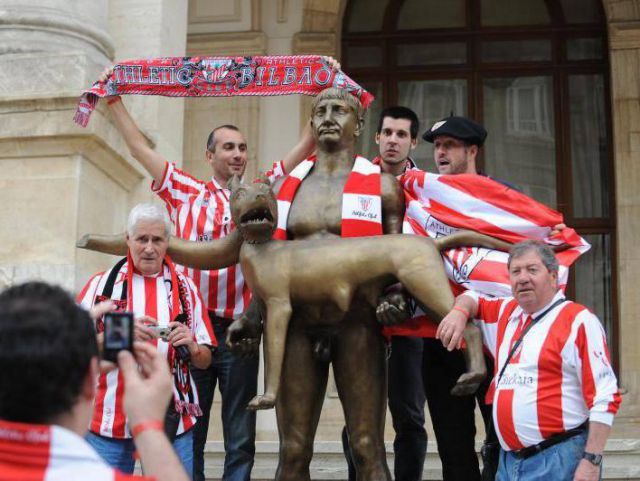 Romanian comedy websites joined in with the jokes, saying that the “dog” of the statue was a homeless dog and was removed by the dogcatchers (it’s funnier if you understand the current situation of dogs in Romania). 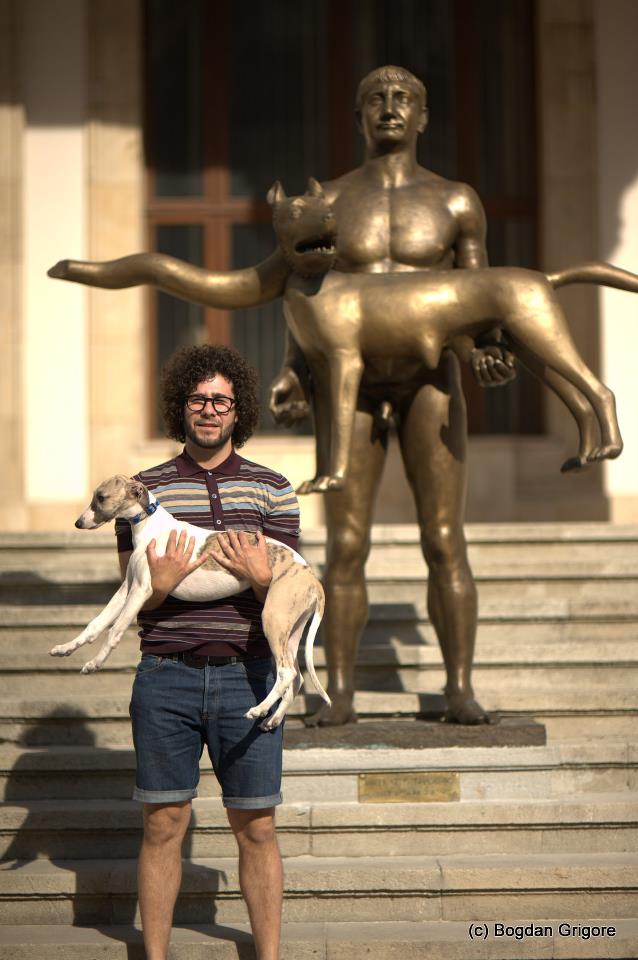 Then ordinary Romanians started posing in front of the statue, attempting to recreate it (somewhat), all comedy gold in my opinion. 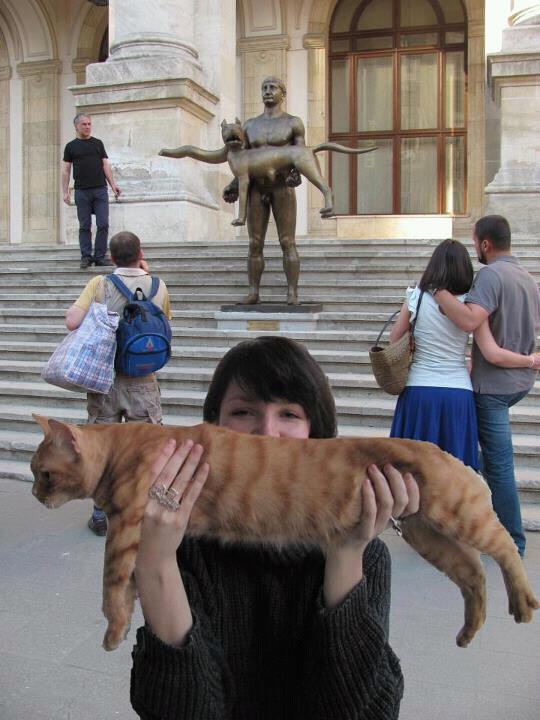 This one is my all-time favorite because this girl clearly brought her cat all the way to the museum and then posed with it. Cracks me up!

But what absolutely nobody has seemed to ever mention is how exactly this statue got to be created (and commissioned for a reported cost of 50 thousand euros) and why it is popping up in front of the History Museum in 2012, especially when the artist who created it died four years ago. But it wasn’t until I read a wonderful Spanish blog of a guy who lives here in Romania that I realized what was going on (everyone from the BBC to the Romanian media were too fucking lazy to figure it out).

The truth is that the exact same statue, created by the same artist, was given as a gift by the Romanian government to the city of Sevilla in Spain way back in 1993. The Spaniards thanked the Romanians in a public but quiet ceremony and then put the odd little statue in a garden at the back of Trajan’s villa. And for years and years nobody paid it any mind whatsoever, mostly because in Spain the old Emperor isn’t that big of a deal (he was born there but he didn’t live there long).

So what you have here in a nutshell is the perfect “storm” of Romanian pride, incompetence and spontaneous comedy. At some point in the recent past Sorin Oprescu (a classic opportunist of a politician) finds the blueprints of this old statue by a relatively famous Romanian sculptor and decides it’d be a great thing to get another copy made before the 2012 local elections. He then scrounges up 50,000 euros (from where we dare not ask) and gets the thing made and parked in front of the museum and unveils it to what he clearly thought would be general acclaim and applause.

Instead, everyone laughs at him and mocks him but since they can’t do anything about the ugly statue or the waste of so much money, they decide to roll with it and create hilarious jokes and funny pictures posing in front of it so at least some comedy gold can be mined from this farce. See? That’s Romania. Idiot and vain politician wastes money and does something useless to inflate his own ego. General populace mines the incompetence for comedy gold.