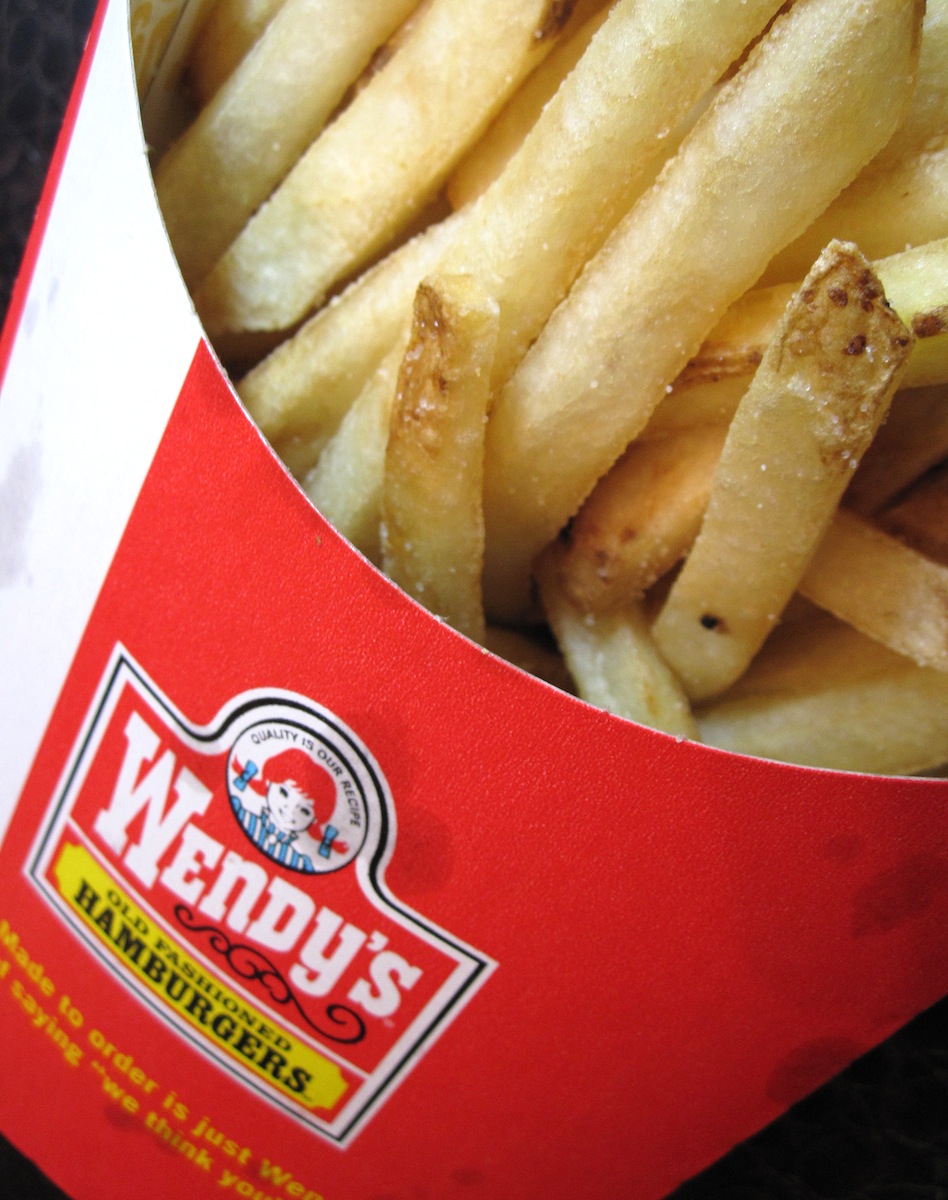 Many moons ago when the grass was greener and the waters were sweet, I briefly worked at an American fast food restaurant called Wendy’s. It’s essentially identical to McDonald’s, selling hamburgers and chicken sandwiches, French fries and carbonated sugar drinks (soda).

While it’s often derided as work that’s just flipping burgers, I actually never “graduated” to that responsibility because cooking the sandwiches is actually the most difficult job in the place. I got trained to operate the fryer and make French fries all day long and that’s the entirety of what I did during the length of my “career” there.

But even if you haven’t worked in one of these kinds of fast-food restaurants you’ve probably eaten at them many times and are familiar with them. God knows there was a McDonald’s in operation right here in good old Unicorn City when I first arrived on these shores back in the year 2000.

What you may not know however is that just about every single one of these American fast food restaurants (including all of the ones in Romania) are franchises. That is to say that one business (like McDonald’s) sets up a “business model” and then sells this model to a different company to use to make money under a licensing agreement.

For instance, all of the McDonald’s in the Republic of Moldova and most of the ones in Romania (with a handful of exceptions) are actually owned and operated by Ion Tiriac’s business group. The actual mother corporation (McDonald’s in America) doesn’t own or operate these restaurants. Ion Tiriac’s group and others just pay McDonald’s for their business model and then agree to run the restaurants according to the mother company’s rules and regulations (as well as pay a hefty fee to the mother corporation) and then they are left a little room for flexibility and individualization, as well as of course the right to pocket any profits.

I mention all of this today because it occurs to me that Romania has, in essence, been a “franchise” of other, larger political models for a long time. A hundred years ago Romania was using the “British/German royal family” franchise model with Queen Marie being the first cousin of the British King George (the Fifth). Even today, Romania’s aging (former) King Mihai (Michael) is a cousin of Britain’s Queen Elizabeth (the Second) which is why he attends so many of the British royal family’s events.

Later, during World War 2, Romania was using a “German Nazi fascism” franchise model with the the Iron Guard of Marshal Antonescu, which got replaced in a hurry with the “Russian Communist” franchise model when Soviet troops pushed over the border.

This lasted for a while until Ceausescu made a little pilgrimage to North Korea and got fascinated with the cult of personality of Kim Il-Sung (combined with a touch of Marshal Tito of Yugoslavia’s “maverick” style) and kept up that “franchise model” until his hasty removal from power and then execution in 1989.

After the revolution, the Americans stepped in, hoping to recreate their special “freedom” franchise model that they implemented in Russia, which consisted of stripping all state resources and then creating political alliances with corrupt oligarchs masquerading as businessmen. The Americans had limited success with this “franchise” model here in Romania as I’ve written about before in The Ballad of CupruMin but it was, “sadly”, not nearly effective as it had been in Russia.

The “problem”, as far as the Americans were concerned, was that Romania was far more interested in joining the European Union and developing economic and political ties with Western Europe. As I’ve also written about before, at one time in recent Romanian history all of the various political parties and potentates were in unanimous agreement that joining the EU was of the utmost priority.

That finally happened in 2007 and Romania has been a full member of the EU ever since, with the same rights, privileges and access to resources as any other country. On paper anyway, Romania is now operating the “EU franchise” model with full voting rights in the European Council, access to the European Court of Human Rights as well as lots and lots of assistance, both with organization as well as with cold, hard cash for improving everything from roads and infrastructure to education and healthcare.

With a fast-food restaurant franchise, there is a simple benchmark to whether the franchise owner is succeeding or not – profits. If Ion Tiriac’s group or anyone else operating a franchise business model fails to make a profit, they will be unable to keep paying their franchise fee and have to close up shop and go out of business (as did the owners of all the Burger King franchises did last year). You keep making money? You can operate the franchise indefinitely. You start losing money and you’re going to be shut down.

The EU’s problem is that Romania is supposed to be running the franchise according to the EU democratic model but Romania keeps failing time and time again. The MCV, designed to be the EU’s “training program” for bringing Romania’s justice system up to “franchise” specifications, is essentially a failure. Time after time the CVM interim reports list minor improvements but dozens of serious breaches in judicial transparency, fairness and enforcement of the laws in place.

This summer we’ll get yet another MCV “progress” report and I’m sure it will be a bone of contention for a few days amongst Romanian politicians (who will each blame the other) but then it will be forgotten by just about everyone and convicted criminals will continue to serve as senators and deputies in the parliament, cronies in debt to the oligarchs will continue to serve as ministers and a blatant plagiarist and liar will continue to be the prime minister. In other words, “business” as usual here in this country.

Last week the EU Council produced a kind of “report card”, assessing how Romania is doing overall with operating the “franchise” model of democracy, a capitalist economy and living standards. You can read it here (PDF) if you like but it’s essentially reporting how Romania is failing in nearly every sector.

A few “highlights” from the report:

And my “favorite” passage by far from the report:

Poor administrative capacity is a core concern for Romania. The public administration is characterized by an inconsistent legal framework, frequent recourse to emergency ordinances, low levels of inter-ministerial cooperation and excessive bureaucracy.

It is also undermined by a lack of skills, a lack of transparency in staff recruitment and high management turnover rates. Poor administrative capacity contributes to low absorption of EU funds.

Basically the Romanian government is run by idiots, who don’t know what they are doing and follow rules and laws willy-nilly any any which way they feel like it, all the while crushing business and individual people under a mountain of superfluous, unnecessary paperwork.

Can you imagine that? Your boss at work offers to pay you a high salary if only you fill out the necessary paperwork and follow a few rules and yet you’re so lazy and incompetent that you only take home 20% (or a fifth) of the total money that you could be taking home. Inconceivable! And yet that is what is happening every single day, month after month, year after year here in little old Romania ever since 2007 when Romania was awarded the “franchise”.

There are literally billions of Euros “sitting on the shelf” doing nothing, allocated and available to improve the lives of the Romanian people and all of it is going to waste because nobody has the necessary skills and ethical decency to make it happen.

If one of Ion Tiriac’s managers at a McDonald’s location was horrendously inept, incompetent and stupid enough to fail to run the business profitably, he or she would be replaced immediately. After all, if the business isn’t making money, it’s time to take action. And if the next manager hired to run the restaurant was just as stupid and incompetent, they’d keep bringing in replacements until one of them finally had the skills to run things the correct way.

Here in Romania however, there’s no one to fire these incompetent “managers”. All of the major political parties have had their turn “at the wheel” and there’s barely any difference between them. Billions of Euros continue to get wasted year after year and almost nobody here even cares. These EU reports are available online and sometimes even mentioned in the domestic media but it’s like some faraway, mysterious topic that nobody understands or pays attention to.

And the EU keeps publishing white papers and reports about Romania’s tremendous incompetency and inefficiency but at some point you have to ask, what else can the EU do? Short of sending in an outside manager (i.e. a non-Romanian) to run the country, what choice does the EU have besides the nuclear option of revoking the franchise, i.e. kicking Romania out of the European Union?

If Ion Tiriac’s business group hired 50 different restaurant managers and they all failed to do the job, they’d probably just give up and quit the restaurant business and try some other way to make money. But with Romania now a “franchise holder” but no one (or no groups of some one’s, i.e. a major political party) able to do the job, the EU is in a tough spot indeed.

The EU can cut down another forest and print another billion pages of reports, recommendations and findings but the sad truth is that there’s literally no one competent and skilled enough to actually implement the franchise model correctly and “profitably” (to the betterment of the Romanian people, which was the whole point of accepting Romania into the EU in the first place) govern this country. I really do believe that. Some politicians and political parties are worse than others but I don’t think there’s a single one competent and honest enough to govern this country capably.

And so the politicians and government ministers in Brussels will continue to wag their fingers and send money and recommendations to “encourage” Romania, the politicians and oligarchs in Romania will continue to pretend to want to be able to do the right thing and this tragic and pathetic show will go on while the ordinary citizen here suffers needlessly, when all they ever fucking wanted was some freedom and prosperity.